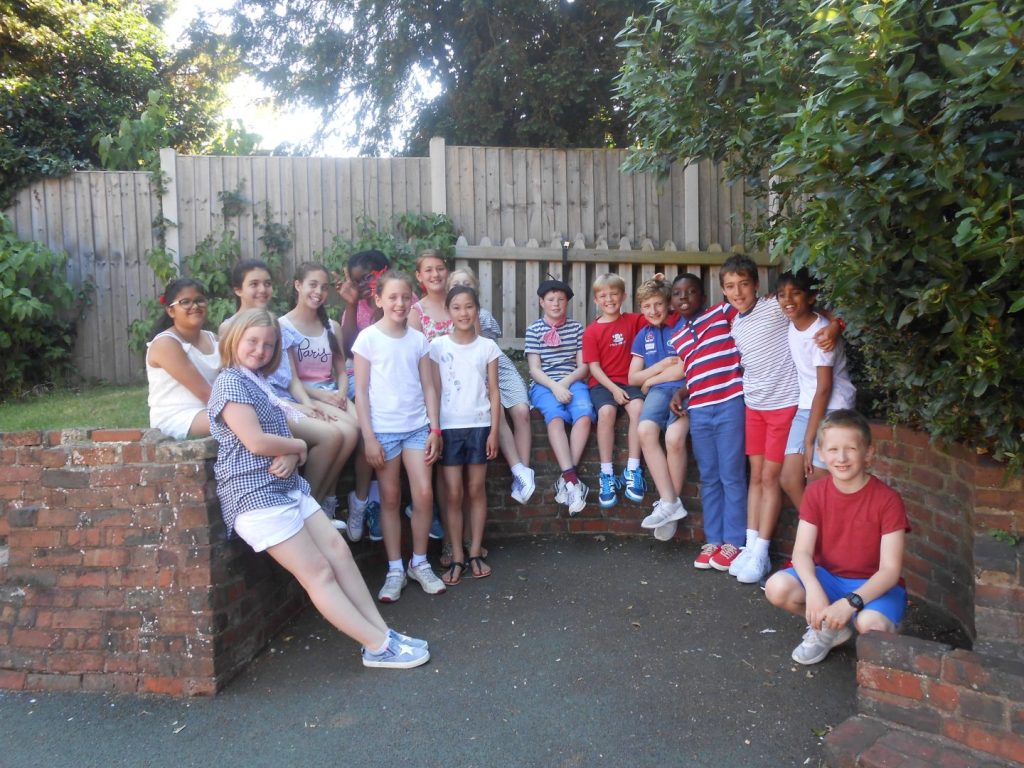 On Monday 19th June Form VI arrived to Oxford House dressed in blue, red and white clothing in honour of our French themed day, including “berets et moustaches”! Some areas of the school had been decorated with “tricolore” flags and photos of famous French people, places and dishes.

Our dedicated chefs had concocted a French inspired menu which was absolutely delicious… the “profiteroles” were very popular with the children! All “escargots” were safe!

Form VI spent the day doing French games and activities as a class and were also joined by Forms II, III, IV and V at some point in the day. We played “Petanque”, some French playground games, a dressing up game, a blindfolded food tasting (French cheese included!), build a “Tour Eiffel”, making one’s own “pain au chocolat et croissant” and attempting to do a traditional Breton danse (no comment!). Form V also completed a quiz based on the photos around the school.

I think everyone enjoyed the day, I certainly did, and I would like to thank everyone who helped to get into the spirit. We even had the Mediterranean weather!

Please do look at our pictures below